The Wasabi Crop venture was originated by the organic chemist Dr Sean Kitson.  Initially, the concept was the idea of his son Zak who wanted to set-up a business in selling rare garden plants.  After looking into the different varieties of rare plants, Zak stumbled on Wasabia japonica. Even the name of the plant was exciting and the more we researched into this medicinal plant the more we became enthusiastic about the thought of growing it for commercial reasons.

To our astonishment, there were not many established wasabi growers outside Japan and the motivation was the aim to spread the word about this amazing plant.  Growing wasabi was not going to be straightforward due to its fickle growing conditions.

To begin this business venture, we built a large polytunnel on a two-acre site in the latter part of 2015 and called it the Wasabi Crop Facility.  The polytunnel contained an integrated overhead water irrigation system.

The next phase was to source the wasabi plant starts from a viable stock and this was not going to be easy. To our determination, we managed to secure a large number of Mazuma wasabi plants. On delivery of these wasabi starts, we began the main task of planting them in the Wasabi Crop Facility – the polytunnel.

This important job was down to Zak and he completed it within 5 days of hard work.  Zak had the easy job and the hard work was left to me to prepare the pea shingle gravel beds.

To both our efforts all the wasabi starts were planted by October 2016.

The day-to-day running of the Wasabi Crop Facility includes weeding the pea single gravel beds in addition to monitoring and recording the internal temperature and humidity inside the polytunnel.  One thing about Wasabi is that it is a shade-loving plant and is grown under the canopy of trees and black nets on mountain hillsides. Wasabi prefers an air temperature range of 6 to 20 degrees Celsius in order to produce a healthy crop. Another property is to monitor the pH of the growing medium which must be in the range of 6 to 7 units.

More importantly, wasabi is a semi-aquatic plant and it is important to replicate these condition in the polytunnel with the overall aim of keeping the roots humid. It is essential to avoid soaking the roots in large amounts of water as in the case of Oka Wasabi. Another factor is to monitor the growth medium and keep it consistently fertile to produce high-end rhizomes for our customers.

The major limitation of growing real wasabi is the two-year wait.  All will be worth it when we arrive at harvest day. On this day we will be excited when we pull out all the wasabi plants and see the rhizomes for the first time. Hopefully, one of these rhizomes will beat the British record of 377 grams.  It will be the perfect time to enjoy freshly grated wasabi, its deep green heart-shaped leaves and crunchy stems especially on sandwiches or a favourite beverage!

The motivation behind Wasabi Crop remains with the medicinal properties associated with Wasabia japonica. When Zak was seven years old, he developed relapsing-remitting multiple sclerosis. Today as a young teenager he is fit and healthy, and he tells me that he cannot wait to sprinkle freshly grated wasabi on his delicious sandwiches! 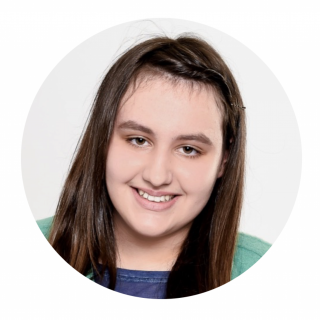 Welcome to Wasabi Crop Blog. My name is Sofia and I am from Northern Ireland. I share a passion for growing and cooking fresh wasabi, photography and being creative. I would like to share my wasabi adventures with you through the Wasabi Crop Blog. In particular, wasabi recipes and photography during my wasabi experiences. Wasabi Crop wants to inspire you to cook with real wasabi rhizomes including being creative with the delicious deep-green heart shaped leaves and stems to help improve your diet and well-being.